"Love is patient, love is kind. It does not envy, it does not boast, it is not proud. It does not dishonor others, it is not self-seeking, it is not easily angered, it keeps no record of wrongs. Love does not delight in evil but rejoices with the truth. It always protects, always trusts, always hopes, always perseveres. Love never fails." ~ 1 Corinthian 13:4-8a 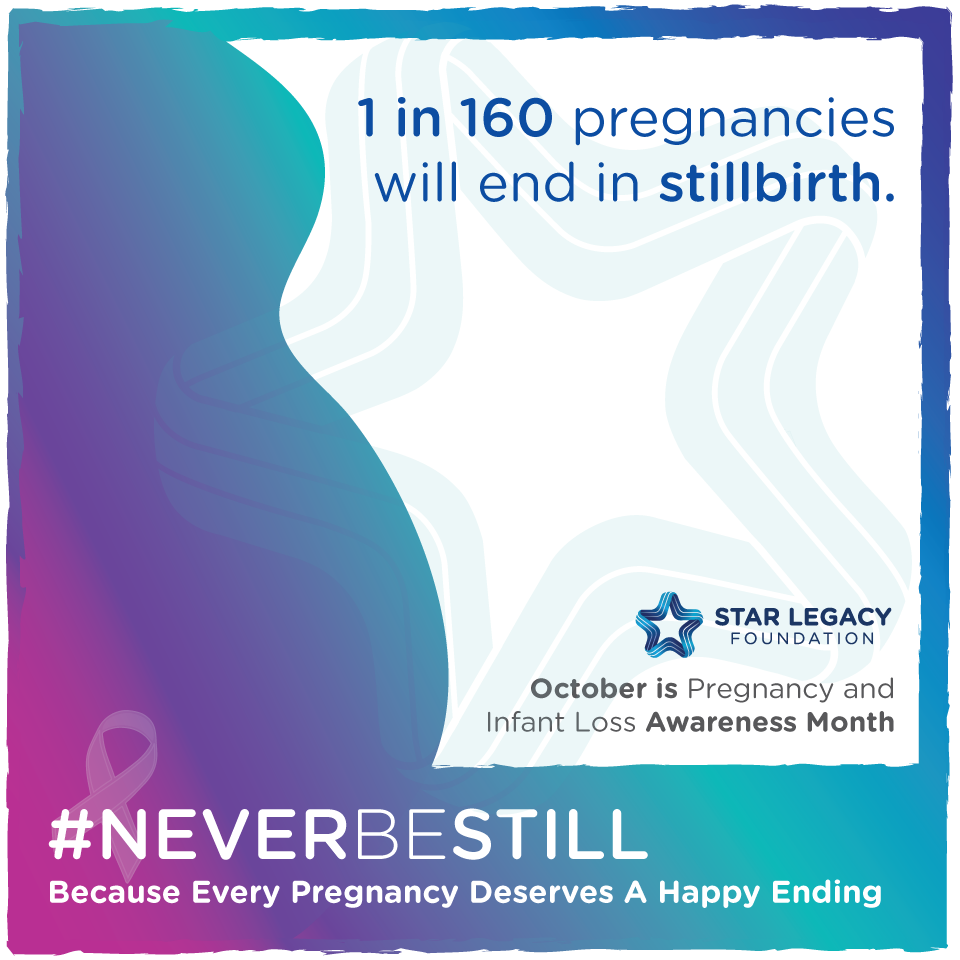 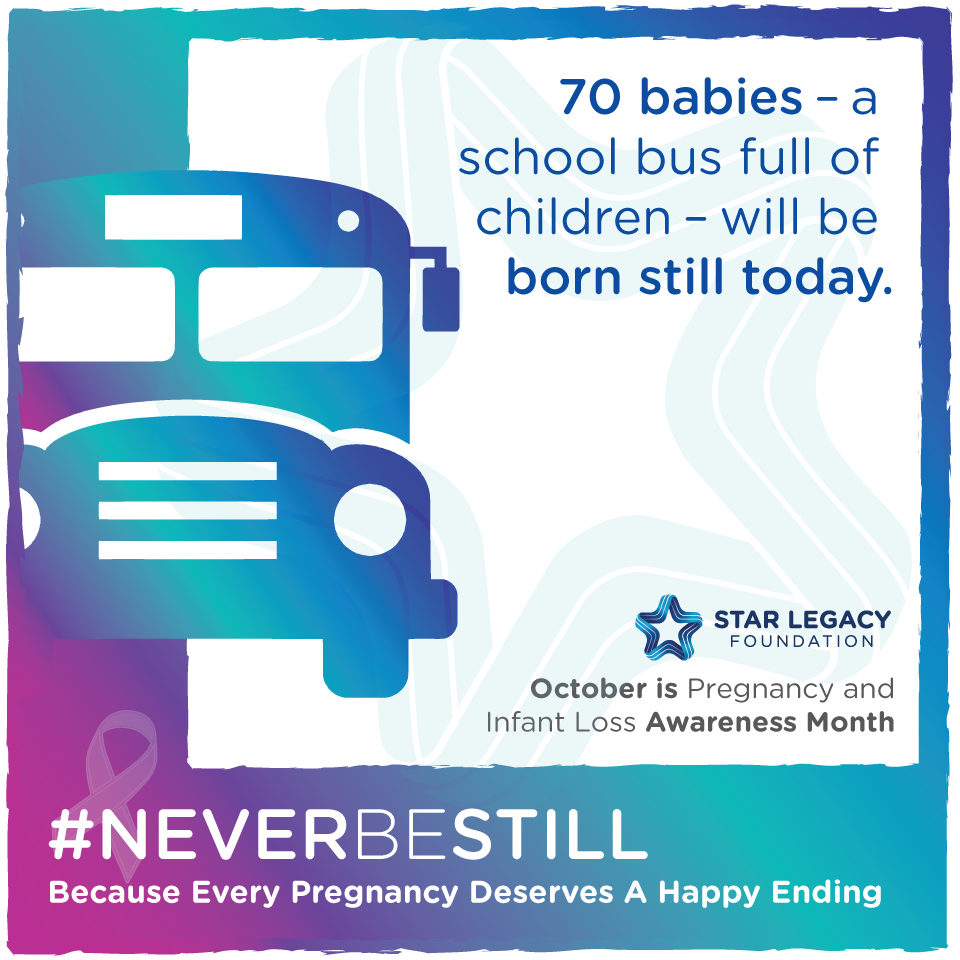 Tens of thousands of families across the United States are devastated each year by the death of their baby. But the grief of these families and the value of their babies’ lives are very rarely acknowledged. In 1988, President Ronald Reagan declared October as a month to recognize the unique grief of bereaved parents in an effort to demonstrate support to the many families who have suffered such a tragic loss. Promoting awareness of pregnancy and infant loss not only increases the likelihood that grieving families will receive understanding and support, but also results in improved education and prevention efforts which may ultimately reduce the incidence of these tragedies. Click on THIS LINK for educational and support resources from the Star Legacy Foundation.

“We must always take sides. Neutrality helps the oppressor, never the victim. Silence encourages the tormentor, never the tormented. Sometimes we must interfere. When human lives are endangered, when human dignity is in jeopardy, national borders and sensitivities become irrelevant.” ~ Elie Wiesel’s from his acceptance speech, on receiving the Nobel Peace Prize in Oslo, Norway, December 10, 1986

This is the current definition of “dishonest” in my copy of Merriam Webster’s Collegiate Dictionary, Tenth Edition. I haven’t bothered to check online for any updates, though I hear updates are in vogue these days, depending on the editor’s preference.

People are full of deception. We fool ourselves if we think we are above or beyond being deceptive or deceived. The prophet Jeremiah inspired by God said, “The heart is deceitful above all things and beyond cure. Who can understand it?”

He quickly provides the answer: the Lord searches the heart and examines the mind, rewarding each of us according to our conduct, according to what our deeds deserve.

A prominent U.S senator told an abortion story last week. He has been deceived and is deceiving himself and others with the false narrative that abortion is healthcare and should be every woman’s right. But abortion is NOT healthcare and no person should have the right to intentionally kill a preborn human.

I wish I could sit down with Senator Peters and his former wife, Heidi—the parents—and lovingly convey that though their child can never be returned to them, there is mercy, there is hope. There is forgiveness for wrong thinking, wrong actions. If they desire it, God can take their regret, pain and sorrow and make something beautiful. Redemption is available and free.

When Heidi was 20 weeks along in her pregnancy and the fetus about 10 inches and 11 ounces (the length of a large banana and twice its weight), the fluid in her amniotic sac inexplicably began to leak.

This is often the first sign that labor is about to begin, and is welcomed when the baby is full-term. Unfortunately and rarely, it happens prematurely. Babies need amniotic fluid throughout the pregnancy to keep them safe and help their lungs develop properly.

But the Peters' doctor told them that their child “could not possibly survive" and initially recommended a wait-and-see approach, to let nature take its course. This is called “expectant management”, says pro-life obstetrician/gynecologist Catherine Stark, M.D., who shared these facts about premature rupture of membranes.

How upsetting this must have been for the Peters, especially since—according to freelance journalist Laura Bassett who told their story in Elle—this was “a baby they very much wanted.”

EVERY baby is wanted. 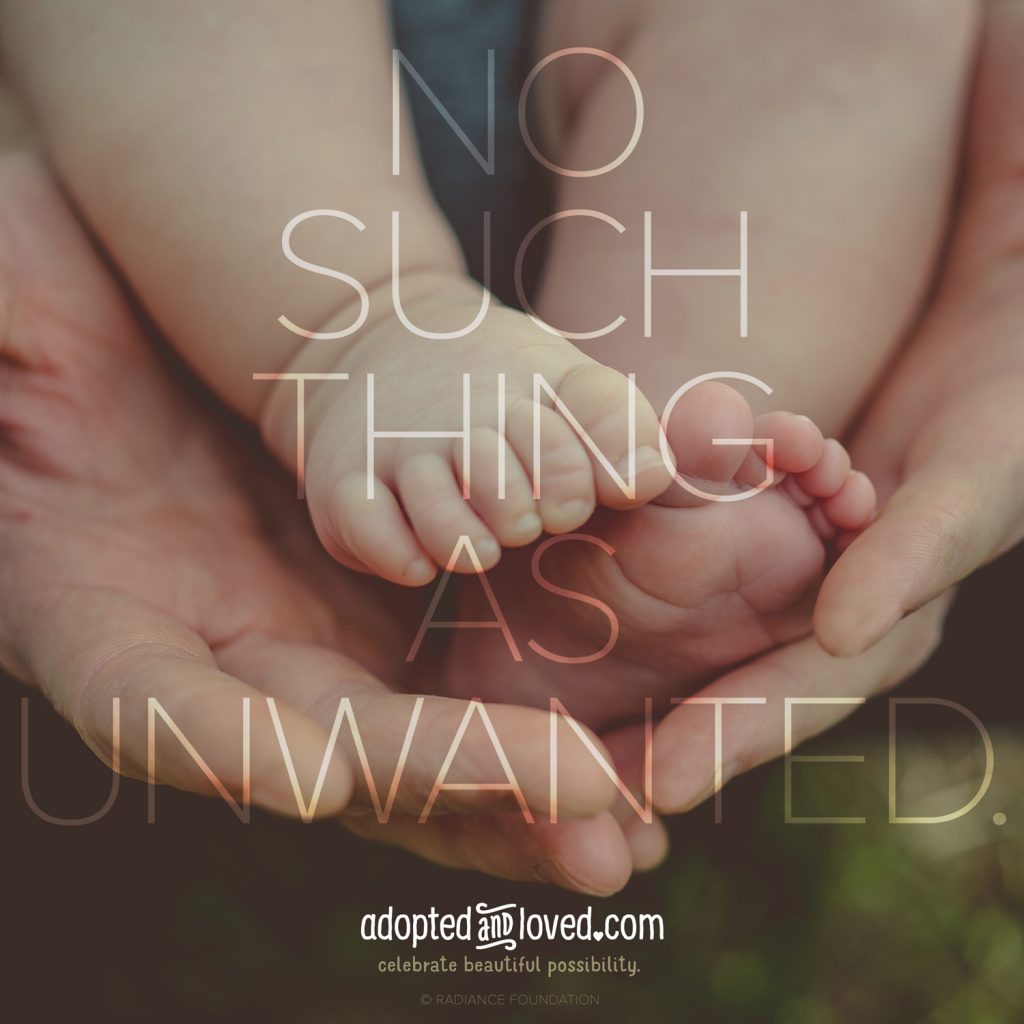 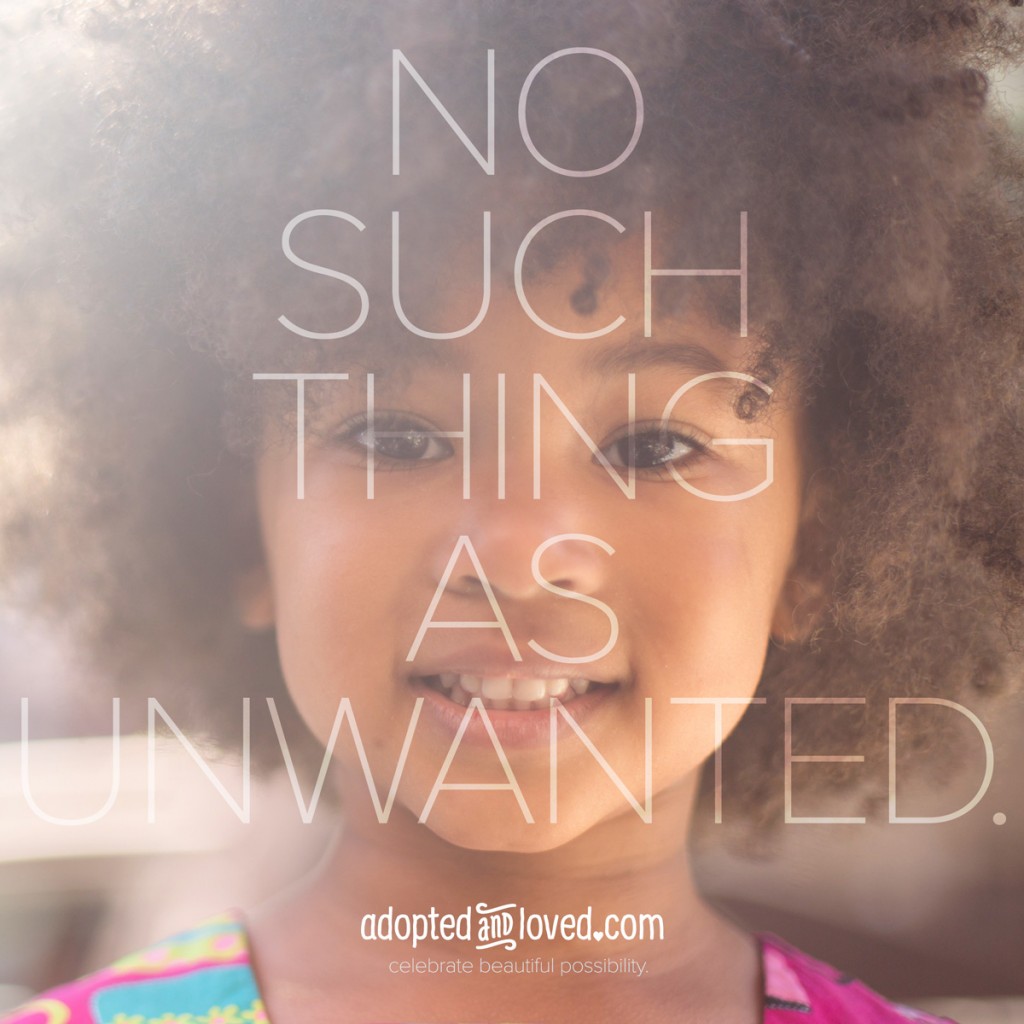 Baby Peters’ value was not based on how desirous her parents were of her. His value is based on the fact that he was a human person made in the image of his creator.

Baby Peters' gender was determined at the moment of fertilization, as all the DNA she would ever possess was present at conception. At 20 weeks, he could suck, grasp and even hiccup. She was completely formed from her head to her toes. In fact, if female, her minuscule ovaries already had hundreds of thousands of eggs, awaiting the day she might become a mother!

But none of those amazing qualities are what made Baby Peters valuable at 20 weeks gestation. His value was not dependent on gestational age or size. That she was unborn is irrelevant to her immutable and immeasurable value. And when his development became compromised by the loss of amniotic fluid, he STILL did not lose value.

“The mental anguish someone goes through is intense,” Peters says, “trying to have a miscarriage for a child that was wanted.”

Trying? Wanted. This mistaken yet honest admission of "wantedness" is at the heart of our nation’s inclination towards violence and self-fulfillment. For decades now, millions of children have been destroyed and disposed of for lack of their parents’ want. The question is, who is left wanting?

According to Peters, they were informed that Heidi “could lose her uterus in a matter of hours if she wasn’t able to have an abortion, and if she became septic from the uterine infection, she could die.”

IF she had had an infection that antibiotics did not resolve, killing the baby was not necessary, right or good. But, as told, Heidi “was rushed into an emergency abortion that saved her uterus and possibly her life.”

In 25 years of practice, Dr. Stark has never seen a woman die or need a hysterectomy from premature rupture of membranes. “The threat of infection and sepsis is very rare.”

“The reality is that even if the baby cannot live after we separate mother and baby, there is a undeniable difference between a doctor trying to save the baby after that separation against long odds, and an abortionist deliberately and intentionally killing the baby within the womb.

The reality is that, in an emergency, a physician can always separate the mother and the baby in a way that gives them both the best chance possible. Abortion is never about saving a life. It is about killing a human being, and it is never medically necessary to intentionally kill an unborn child in an abortion in order to save the life of its mother.”

We deserve the truth. Babies deserve our protection. "Reproductive rights" are not about freedom or choice but about maintaining the status quo of abortion-on-demand. Folks, let's not be fooled any longer by false narratives, neutrality or silence. Act on behalf of babies, mothers and fathers. L'chaim!

He is the youngest surviving preemie in the world, born at just 21 weeks gestation! Link HERE for his amazing story!

He is a board certified obstetrician-gynecologist and board member of the American Association of Pro-Life Obstetricians and Gynecologists. He spent years working at one of the top high-risk obstetrics hospitals in America with some of the most complex pregnancy situations possible: mothers with cancer, diabetes, heart disease, rampant toxemia, and other life-threatening health issues that were exacerbated by pregnancy. These are exactly the situations that abortion advocates point to as ones in which abortion is medically necessary. Dr. Levatino has saved hundreds of pregnant women’s lives, working against the clock in the face of devastating health situations, and not once did he find that it was medically necessary to deliberately kill the unborn baby. How did he do it? In each case, he simply delivered the baby, either through early induction of labor or through C-section. This is what any obstetrician who practices according to the Hippocratic Oath would do.